How will the interest rate rise affect the housing market? 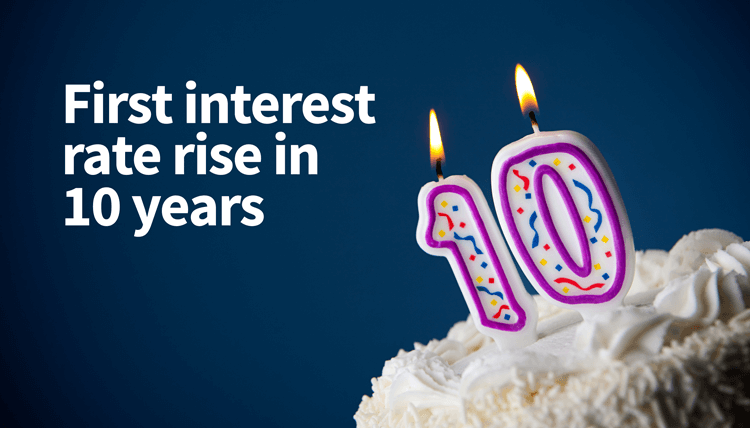 The Bank of England has raised the base rate from 0.25% to 0.5%, the first interest rate rise in ten years.

The Bank’s monetary policy committee was split seven to two. Mortgage lenders are now expected to follow suit with increases to their lending rates.

Although the psychological influence of the Bank of England’s rise may be unhelpful in terms of economic confidence, the interest rate increase is unlikely to impact heavily on the housing market.

Almost four million households face increased mortgage interest payments after the rise, but it should give savers a small lift in their returns. As well as the savers and investors, anyone considering buying an annuity for their pension will also see healthier deals.

The main losers will be those with a variable rate mortgage. The share of outstanding mortgages on variable rates - which are likely to see an increase in payments if the base rate is increased - has fallen to a record low of around 40%, down from a peak of about 70% in 2001.

A 0.25% increase in rates is likely to have a modest impact on most borrowers who are on variable rates. For example, on the average mortgage, an increase of 0.25% would increase monthly payments by £15 - equivalent to £180 per year.

It is estimated that almost two million mortgage holders have not experienced an interest rate rise since taking out a mortgage.

If you are concerned about the interest rate rise and what it means for your mortgage or home move, please contact our friendly local property experts. The Waterfords team will be able to put you in touch with a trusted, local mortgage broker for free financial and mortgage advice.