Remote working and the housing market 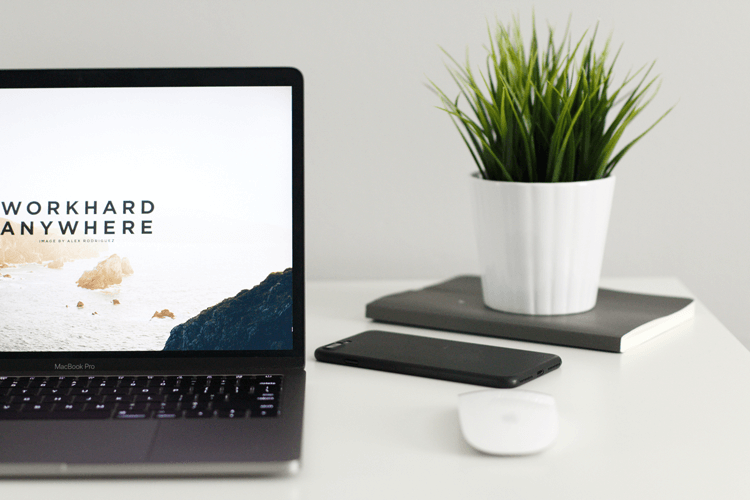 Managing a work-life balance in the era of the smart phone, with its never-ending beeps and dings that merge personal and professional, is definitely a challenge. It is not only our mobile devices that have blurred the boundaries. Our offices have become more like homes and our homes are far more likely to include working areas and office space.

Much has been written about the changing nature of work and its knock-on effects on the traditional office. ‘Co-worker spaces’ in predominantly young and agile companies have become very popular, with share open-plan working areas, cafes, table football, ping pong and bean bags. 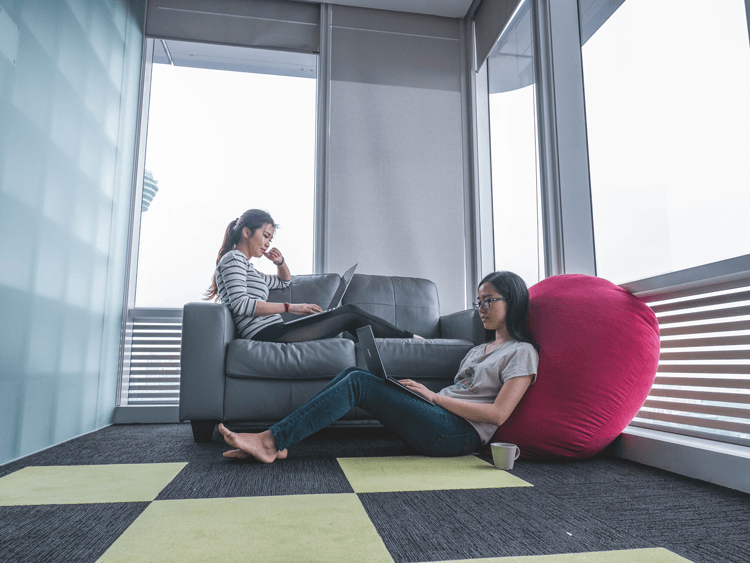 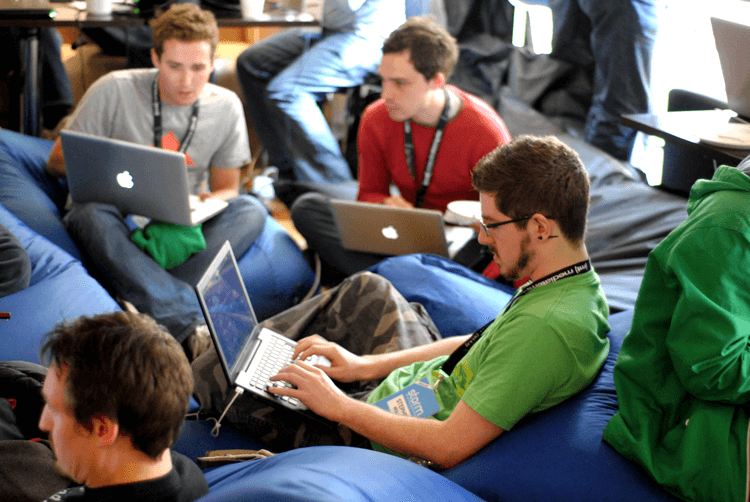 The tech revolution in the workplace has also impacted the housing market, as a growing number of people now work from home. 14% of UK employees who use computers for their job, work from home every day or almost every day, according to the ONS. A further 18 per cent do so at least once a week. It varies significantly by age group, with the over 45s more likely to work from home. This could be because they are more likely to have space available, or it might be preference. Either way, the housing market will need to adapt to this trend. 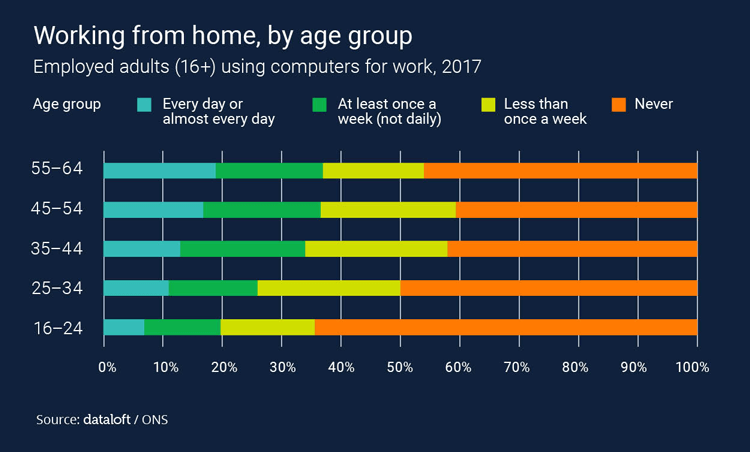 The movement towards more remote working has the potential to alter the residential market in numerous ways, from changing the desired specifications of homes, to the kind of places people decide to live, not to mention the potential new stresses on physical and digital infrastructure.

More remote working could mean changes to the interior design of our homes. Designers will need to find ways to accommodate desk space where people can work day-in day-out in new build homes. Space standards currently play a role in determining the size (gross internal area) of properties, and so squeezing a dedicated office space might impact on bedroom or living room area. There may even be a premium for new homes with built-in office space. Alternatively, developers might include co-working spaces as a shared facility on a development. 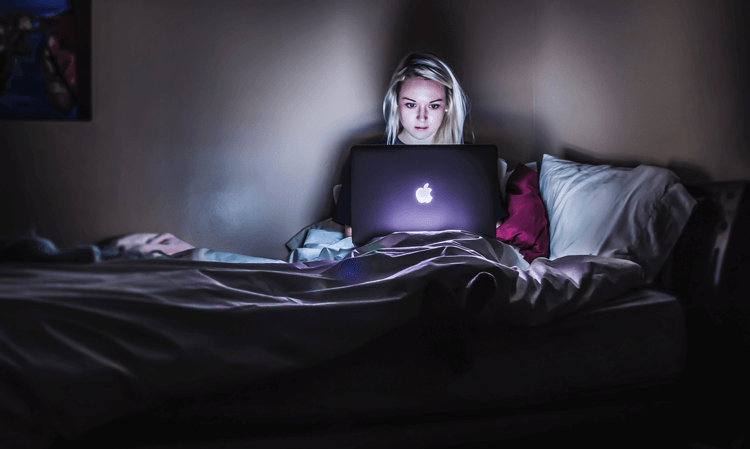 Owners of traditional homes may want to transform any slack space (such as a spare bedroom) into work space, or maybe even extend upwards or outwards for a longer-term profit. Weighing up the costs and benefits of extending or transforming will be at the forefront of their minds, but we can foresee a rise in purpose-built office spaces within family homes.

Another consideration for people frequently working from home is that insurers may charge higher premiums, although mortgages should not be affected. For those renting a property, there is the possibility that their lease does not allow full-time working from the premises.

Cities are centres of employment and drivers of economic growth. Urban lifestyles are popular but are becoming increasingly unaffordable, especially in London. House prices are rising well ahead of earnings – even in cities outside London. Cost pressures combined with ideas of a better quality of life, mean that the possibility of remote working may change peoples’ preferences of where they want to live in the future.

The prospect of being employed by a company based in a city centre, while working from afar, may appeal. If this trend materialises in the longer run (there are good counter-arguments why it may not), it could boost residential property values in desirable rural locations as demand rises.

Not everyone will be able to work from home all the time, particularly in some professions. But even for those working remotely one or two days a week, a slightly longer commute would be a worthwhile trade-off if they did not have to do so five times a week. This increased demand could also push up prices in suburban and commuter-town locations, more so than currently.

A potential change (albeit gradual) in where people live as they work more from home, creates new challenges for infrastructure, including internet and travel.

Internet speed may be critical for home-workers used to high quality office connections. The Government has achieved its target of 95% of homes having superfast broadband, and has now proposed a full rollout of fibre, which may cause complexities for existing dwellings and new developments alike. A poll found that 55% of UK house buyers would reject their ideal house if speeds were below 100 Mbps, with many willing to pay a premium to ensure it – presenting an opportunity to increase sale prices in the residential market.

Many big cities in the UK are facing problems of congestion across all travel methods, but with more people working from home, the problem may be dissipated, although not entirely eliminated. It could put added pressure on minor roads as households move further from urban centres, and if developers are going to be building in more remote locations, their Community Infrastructure Levies may rise to accommodate the new needs of residents who split their working week between home and commute.

There appears to be a trend towards more people working from home, at least for some days every week, which is perhaps unsurprising given the flexibility it allows. There is some debate over how far this will continue – there were claims in the past that videoconferencing would lead to the end of face-to-face meetings, which has not fully materialised – but even a small continuation of the trend could have significant impacts on the residential market.

There’s a saying that nobody ever died wishing they had spent more time at the office and yet many people devote large parts of their lives to work – perhaps now there’s a way to cover both bases?

Perhaps you are wondering how much adding an extension to your home will affect it's value? Call Waterfords for a free no obligation valuation of your property and to discuss it's potential.